Populous The Project Originally constructed in the 1950s, Alexander Memorial Coliseum at the Georgia Institute of Technology featured an iconic, curved steel structure that had become part of the building’s identity. After six decades in operation, the on-campus arena needed be renovated in order to meet the changing needs of the university and its fans. The $45 million design plan by Populous called for the reincarnation of the building, to be christened McCamish Pavilion. The Coliseum – remembered fondly by jubilant crowds and proud alums for its championship history – would be completely gutted, retaining only the iconic curved beams and roof structure. The arena reconstruction would provide state-of-the-art facilities while acknowledging the building’s legacy. A new Hunter Douglas ceiling would be installed at the Grand Entry, the arena’s main access point, and the second ceiling would be in the new Club Level Lounge that services premium seating locations. The Challenge The team had to custom engineer each ceiling to fit inside the curved configuration of the structural beams. Further, they wanted to bring the warmth and history of the wood used in the university’s historic basketball court to areas throughout the building. The team specified that actual sections of the court would be placed in wall accents, signage and other areas. They also required that the new ceiling panels replicate the specific “golden maple” wood finish of the original court. In addition to those two items, the ceilings had to accommodate and even enhance the interior lighting scheme. McCamish arena features “stage lighting” with carefully balanced brightness to emphasize the basketball court and enhance the views for spectators and television audiences. Accommodating this lighting plan required the remainder of the arena, including many of the ceiling profiles, to remain darker. Designer Whitney Williams envisioned a warm, inviting atmosphere for the arena’s club-level spaces, anchored by elements of wood throughout. In a nod to its successful history, the old floor was preserved and reused in a feature wall, signage, and other accents. To extend the design, Williams chose a Hunter Douglas “Box” linear metal ceiling system. “We wanted an element on a different plane to stand out as new wood,” Williams explained. The panels were profile-wrapped in real maple veneer by partner Contact Industries, which employs innovative manufacturing processes that ensure durability and exceptional aesthetics. The Solution Working with the architectural and design team, Hunter Douglas Ceilings and its partners developed two ceiling solutions that would fit the structural, aesthetic, and lighting requirements of the project. Using versatile design solutions, Hunter Douglas integrated ceiling systems into the existing beam structure. To replicate the finish of the court For the Grand Entry, the team created a color-matched, powder-coated finish. For the Club Level Lounge, they created and installed linear metal ceilings with a real wood veneer. To address the project’s lighting requirements, Hunter Douglas finished all the trim elements, the backsides of panels and fixture boxes with light-absorbing, dark-gray paint. In the Grand Entry, the trim elements were powder-coated in high gloss maple, then given a wet-coat paint as a secondary operation. The overall finished effect showcases the basketball court, creating a more dramatic center of visual focus for fans of the teams and the television audiences. “It’s always a pleasure to collaborate with Populous on their ideas for stadiums and arena projects. They are global experts in architecture and design and we bring a subject matter expertise to ceilings that proves beneficial to their clients, said Ron Rice, General Manager for Hunter Douglas Ceilings. “Being located in the state and as an alum of Georgia Tech amplified our involvement in this renovation. We thoroughly enjoyed our work and with Populous’ leadership, Georgia Tech now has a state of the art arena for its patrons.” 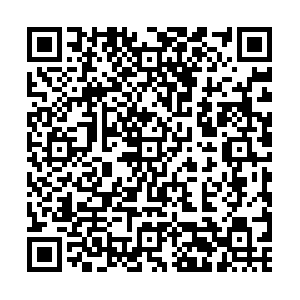